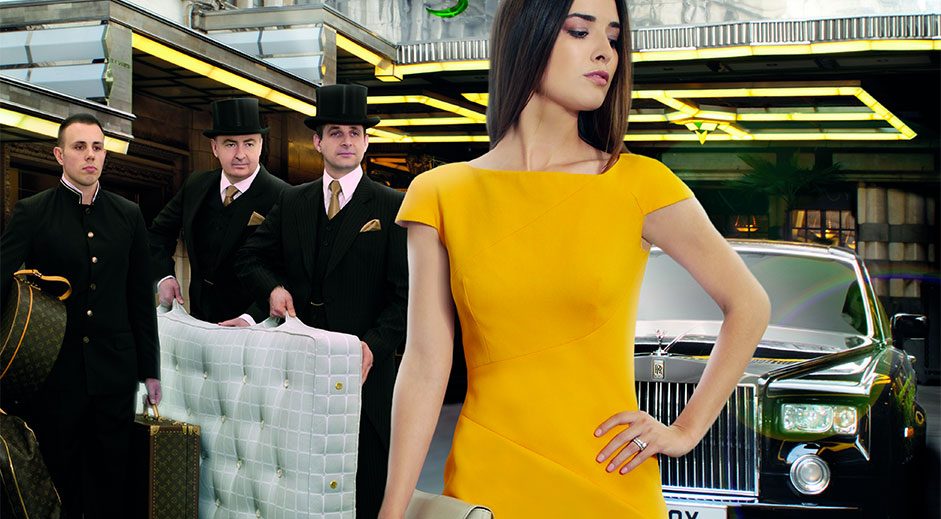 Over the past decade we have set out to transform the perception of a traditionally unglamorous object, which people begrudge spending much money on, into something so infinitely desirable they will spend in excess of£125,000 on a good night’s rest.

Celebrating the craftsmanship,  luxury  and sheer glamour which underpins everything Savoir is about, we have worked on a variety of themes and projects which have had a direct impact on sales, including coverage in the Daily Mail which generated £250,000 of sales the day after publication.

Since we started working with Savoir they have grown from two employees with a sewing machine in to global luxury brand with showrooms around the world –  a success  story which we’d like to think good media relations has helped to tell.

Sunday Times April 2013: Here Savoir’s Royal State Bed is given a ringing endorsement by Helen Croydon having put it through its paces over a night at the Savoy Hotel.

GQ Magazine January 2013: Written by Luxury Editor, Nick Foulkes – the piece further propelled the notion that beds too can be objects of bespoke luxury.

Saturday Times April 2013: Report by Vinny Lee – “….the beds in this house are enough to bring out the Goldilocks in any visitor.”

The Daily Mail Online (the world’s second largest media outlet) ran these two online features, which included embedded film footage of Savoir’s craftsmen working their magic. The blogosphere went into orbit – the first piece inspired the Kardashian’s to splurge a reported $1million on six beds after they read about their existence.

Following the initial Savoir Royal State Bed media frenzy we decided to reign in some of the hysteria and approach Reuters TV to return to Savoir’s core message – British craftsmanship, luxury, glamour.